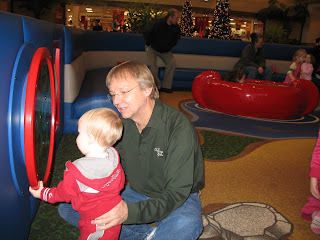 “I wish Jesus had lived to be 60.” Isn’t that a strange thing to say? But a former pastor of mine, a man I worked with for several years used to say that all of the time. He was a little eccentric so I just chalked it up to terminal weirdness. Now, at 55, I’m beginning to see the wisdom in such a musing.

There are some things I would like to have seen in the Son of God. Every chapter of life brings new challenges. Every curve in the road opens new vistas. Wouldn’t it be nice to see how He would have walked some of the paths that we face?

For example, how would Jesus have handled the reality of a diminishing voice? Every time I turn on the television and see what’s in vogue, what is being talked about, where the interests of the populous lies, I am reminded that the older I get the less likely I am to be heard. Now I’m not complaining mind you. There is something nice about not having to solve the problems of global warming or economic meltdown in every conversation. I am at the place in my life where I enjoy talking about my grandson and that’s about all that is expected of me anyway. But let’s face it a younger world is listening to a younger voice. From Wall St. to Hollywood Blvd. it is a youth driven culture. Music, money, and mission are all dictated by the leaning of the young. In the most recent presidential election the political pundits touted what the “youth vote” was doing. Like I want the fate of the nation decided by someone who has barely survived puberty. (Ok, maybe I am complaining a little bit.)

The point is, would we listen to a geriatric Jesus? Would we have followed a Savior who shuffled along with an old man’s gait? Now I know we are all quick to say, “Well of course, it’s Jesus.” But I don’t know. We have been pretty fast to turn to the latest fad or give credence to the newest gimmick. Even in the church. Maybe especially in the church. All I’m trying to say is it would be neat to be able to get on Facebook and read the blog of a gray haired Messiah. Did I catch my pastor’s weirdness?

Well, here’s an idea. Maybe Jesus does live at 45 and 60 and 83. Maybe as He breathes in me and you, maybe as He gives us a voice, He is teaching a younger generation how to live with and in grace. Maybe my job as a rapidly maturing old codger is to speak for Jesus to all those young whipper-snappers and say, “He is the same, yesterday, today, and forever.” The same Jesus that called me to arms at 20 calls me into his arms at 70. The Christ that drove me with fire in my eyes to win the world is the Master that teaches me with a whisper to love it. Maybe His voice is not diminishing, nor is mine. Maybe the work He has for me is as vital and as vibrant as ever. It has just changed its focus.